Aimyon debuted from an indies label in 2015, and has gained strong popularity. Her debut song shocked listeners with lyrics that were so radical that it was banned from being broadcast on TV and radio.  The promotional video was very innovative, using the communication app LINE.

Aimyon’s family had a big influence on her wanting to become a singer songwriter. She grew up listening to music from a young age, with a grandmother who had longed to be a singer, and her father who was a PA engineer.  She started writing songs as a junior high school student, and started uploading them to YouTube after graduating from high school.  Slowly, people started to take notice.

What is behind Aimyon’s popularity? I feel that it is the lyrics and melody which give the feeling of “Showa Kayo”.  Her songs, which have memorable lyrics and emotions, are new and fresh for today’s young generation, but also relatable by those of us who have lived through the Showa period.

The song “Harenohi” begins with the lyrics “Kita-Senju Station … Platform”. It is surprising to see the small local town Kita-Senju used in the lyrics.  It helps contribute to the nostalgic feel of the song.

Same with the song “Ikite-itainndayona”, a song about the stylish town of Kichijoji, which was selected as the theme song for a TV drama.  It is very memorable because of her unique sound which lingers in our ears.

Even though Aimyon is currently 25 years old, her Showa ambiance gives the illusion that she has lived through the Showa period, and this has produced a surprisingly good chemistry to the “Heisei” and “Reiwa ” world of today.

I am certain that she will continue to increase in popularity, by capturing the hearts of more and more “Ojisan” and “Obasan” fans. 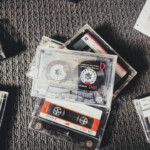 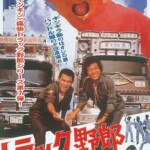 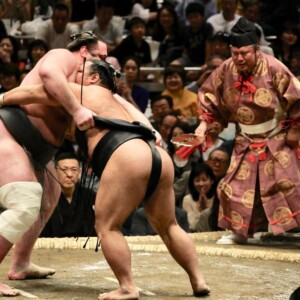