Contrary to what you might expect from such a lofty-sounding designation, the royal warrants weren’t all for upscale or expensive products. The ministry felt compelled to formalize recognition of Imperial Household suppliers because of the merchants who were claiming to serve the Imperial Family to give their business a boost. With the issuance of royal warrants, the pretenders were exposed.

The ministry set standards for the royal warrants such as supplying the Imperial Household Ministry for more than five years, having enough capital, having a prestigious office address, etc. But producing fancy or luxurious items was not a prerequisite. Once a supplier received its royal warrant, it could use it in advertising and promotional materials for five years. The rules were strictly enforced. Once your five-year period was up, you needed to apply again to regain your warrant.

The royal-warrant system was abolished in 1953. Suppliers that earned their warrants before 1953 and are still in business have a certain status today as the last remaining royal-warrant holders. Today, the Imperial Household Agency still screens all the goods used by the Imperial Family, but the suppliers’ names aren’t published.

Origami would like to introduce some of the products available today that earned a royal warrant. 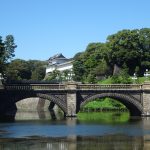 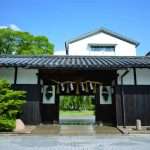 Will the AIRism mask catch on in the U.S.?