Picture this: It’s the morning of February 14 at M High School, a private school in the Tokyo suburbs. The school is in total chaos.

About half of the 300 students are female. They arrived earlier than usual on this day to line up by the school’s grand staircase. They form lines on both sides of the stairs extending to the third floor.

As the male students start to arrive, every girl starts handing out chocolates to every student. And we mean every student. It doesn’t matter if they are seniors, juniors, boys, or girls. Every girl gives every student a piece of chocolate! And, while they are doing this, they are also receiving chocolates from other girls. In the end, the girls will have given out about 300 pieces of chocolate and received 150 or so. Every boy will also receive 150 chocolates but won’t have done a darn thing to earn them! That’s Valentine’s Day in Japan.

“I feel depressed every year when Valentine’s Day gets closer,” said one female student. “I hope this tradition changes.”

Valentine’s Day gained a foothold in Japan in the late 1970s as a day when women would give chocolates to certain men to express their affection. No one is quite sure how it became women’s work – a misinterpretation? A marketing ploy by the chocolate industry? – but that tradition has stuck.

Back then, Japan’s consumer culture was maturing, people had more cash to spend, and women didn’t feel comfortable expressing their true feelings to a male counterpart. A gift of chocolates was a simple way to indicate that you liked someone.

In the 1980s, the concept of giri choco, or charity chocolate, was born. These were gifts of chocolate from women to co-workers or bosses where no romantic feelings were attached. People say the tradition of giving giri choco provided cover for women who didn’t want to make their true feelings obvious to others. They could give chocolate to everyone but slip a little love letter into the box for that special someone.

But then, married women and women who were going steady with someone started giving giri choco too. Perhaps it was Japan’s unique brand of peer pressure that got all the women involved.

Next was tomo choco, which is given to friends. The younger generation started this trend. Girls give chocolate to their male and female friends. But of course, nervous girls who didn’t want to offend anyone started giving tomo choco to just about everyone. Thus, Valentine’s Day in Japan has turned into a frenzy of chocolate giving.

Why do women put up with this Valentine’s inequity? Because one month later, on March 14, Japan celebrates White Day, where women receive gifts from men. The women may receive a piece of jewelry, for example, or some other simple gift.

Perhaps in the age of the Internet, this is a way to keep direct communication among peers. At any rate, as our US editor noted, American men are the ones who shoulder the burden here in the US on February 14. In Japan, Valentine’s Day is women’s work. 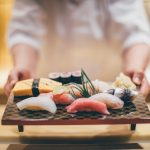 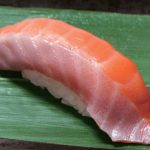