A young talent is flourishing in Kobe. A 11-year-old swordsmith, Hinata Kawamoto, started offering a free knife sharpening service in March and has already sharpened more than 140 kitchen knives. On a busy day, he works on 20 knives. His goal is to sharpen 500 kitchen knives.

Hinata learned the knife sharpening technique in Nagano Prefecture where he lived for a year as a “Sanson Ryugaku” program participant. Sanson Ryugaku is a “study in the countryside” program; children from urban cities move to rural areas, and learn about nature and a country life. They study at local elementary or middle schools, away from their parents. Hinata lived in a village in Nagano and became familiar with their do-it-yourself stance. He acquired the knife sharpening skill from an artisan in Nagano as well.

In March, schools in Japan closed their doors to contain the spread of COVID-19. Hinata decided to sharpen a kitchen knife for his mother during the school closure. He recalls she was quite happy with the result. He quickly found the joy in helping others. He asked his neighbors if he could sharpen their dull knives, then even asked his mother to post his free knife sharpening service on her Facebook. His generous offer became the talk of the town in no time.

His heartwarming wish to help others and desire to improve his craftsmanship have touched people’s hearts all over the country. He says some orders are local, and others come from miles around, including Kyushu Island. It won’t be too long before he receives an order from America. 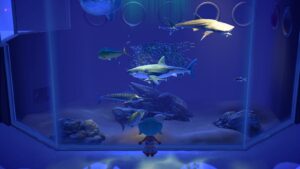