An Interview with Lucinda Cowing

Lucinda Ping Cowing is director of the Kyoto Journal, a beautiful and informative magazine that has been published since the late 1980s. Cowing left her native England in 2010 for Kyoto and has been living there, off and on, ever since. The nomadic Cowing splits her time among Kyoto, Taipei, and Faro, Portugal. When in Kyoto, the shokunin culture of artisanship continues to inspire and amaze her. For several years, she created luxury travel itineraries at Walk Japan, a pioneer of off-the-beaten-track walking tours. We asked her about her life in Japan. Here are some excerpts from our conversation.

What drew you to Japan?

The fact that it was so far away from everything I knew, geographically and culturally. I was 11 years old when I first met a Japanese, a student in my class. She knew little English but soon outpaced all of us in her studies, I admired everything she did, right down to her beautiful handwriting. I thought, “What place is this?” I opened up a map and found it. It was never part of the plan to end up living in Japan—I’d wanted to be a concert pianist since the age of 4—but the illness that ended that career and the curiosity I’d had since I was a kid is what led me here.

What keeps you there? What makes life in Japan rich and engaging for you?

Nothing ever becomes tired. There is never a day when one doesn’t learn something. I would acknowledge that it’s perhaps not all because it’s a high-context culture in which there are endless things to study, but also one in which we always remain foreign. That level of detachment I think helps maintain an outsider’s perspective on things, and so one never ends up taking sides; rather you keep seeing things afresh and from a neutral standpoint. Donald Richie said something along the lines of “Were I Japanese, I would not last 10 minutes in Japan,” and I sort of understand that sentiment now. That being said, I’m grateful to those Japanese who have become akin to family members and helped me navigate the culture.

Check out Kyoto Journal at https://kyotojournal.org. 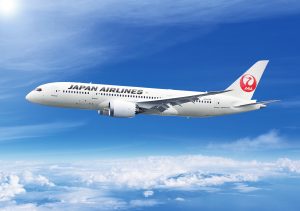