The latest poll released by a major Japanese newspaper on May 5, 2020 shows Taro Kono is by far the cybercitizens’ favourite to be the next Prime Minister. Taro Kono, a 57-year-old Liberal Democratic Party member and the Minister of Defense, is an influential politician with more than 20 years of political career.

He is known for tweeting on a daily basis and his unique tweets often get attention over the internet. He tweets topics from public relations for the Ministry of Defense to relationship advice for the young generation. One time he came across a tweet by a member of the Self-Defense Force, complaining how terrible their food was. He surprised the followers when he replied “Which base is it?” On another occasion, while serving as the Minister of Foreign Affairs last year, he baffled his followers with a confusing tweet, “Ah, bacon is in fact ^%£$+*.!%….” His “enciphered tweet” became news on AFP and BBC as “Japan foreign minister puzzles followers with bizarre ‘bacon’ tweet.”  Kono, in return, tweeted with humor, “Does AFP have nothing to cover?” and “What it means is a nation’s top secret.”

His cheerful personality and sense of humor are likely the reason why the internet users love him. 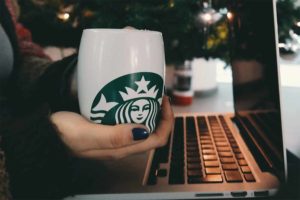