Kura Sushi, a major conveyor belt sushi chain, brought in a robot to sell desserts in their restaurants. The self-driving robot carries desserts on the trays and weaves through the diners. An image of the robot delivering food was so futuristic that many Twitter users reacted to the post.

Kura Sushi is a leading revolving sushi chain with 453 restaurants in Japan and 21 in the U.S., and has been proactive to adopt new technologies such as sushi making robots.

Although Kura Sushi has not made an official comment about the robot, Twitter users believe that it is a Bear Robotics’ restaurant server robot.

The automated server with a praiseworthy work ethic touched many Twitter users’ hearts. “He probably won’t get recharged until he sells all the desserts on the trays.” “AI will take over the server’s jobs at last.”

We wonder if Kura Sushi in the U.S. will implement the server robot in the near future. 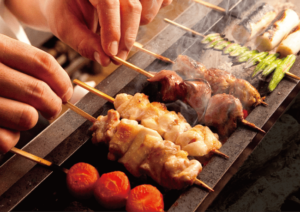