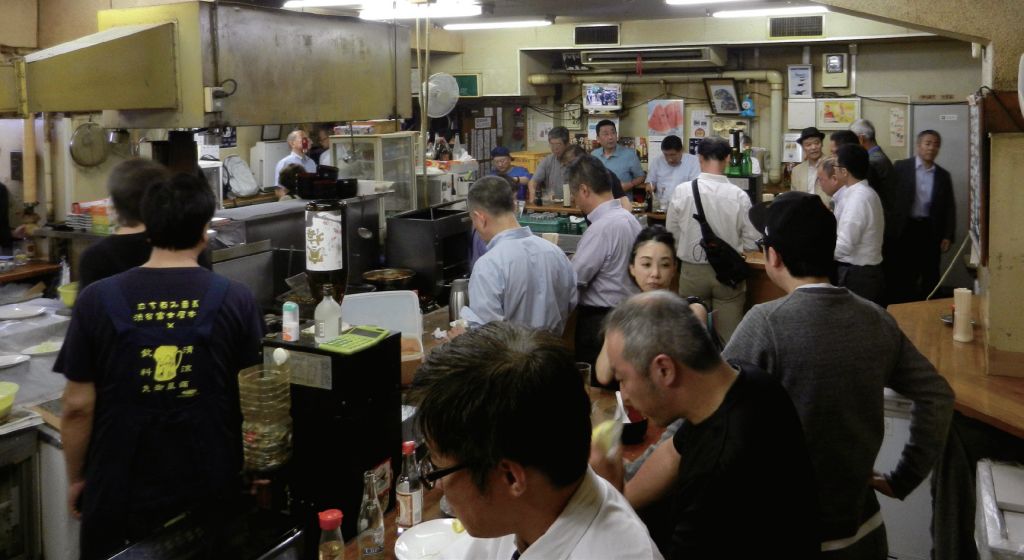 “Tachinomiya,” literally standand- drink establishments, have been a culinary fixture all over Japan for two centuries. As the name implies, there are no chairs; customers drink alcohol while standing. They stay for less than an hour. Commuters grab a quick drink with a side dish or two on their way home from work. These places would be considered, in modern lexicon, the Third Place — not your home, not your workplace, but a third place where you can relax and find community.

The most popular dish is sliced ham on cabbage. They are all simple dishes, but they’re homemade.

As for alcohol, the customer favorite is called Hoppy, a malt-based carbonated drink that contains less than 1% alcohol but tastes just like beer. Customers pay when the orders arrive. Leaving cash on the counter ahead of time is considered proper etiquette.

Sadly, Fujiya shutterred in October 2018. New development in Shibuya is driving out the tenants, and the building that housed Fujiya is scheduled for demolition. 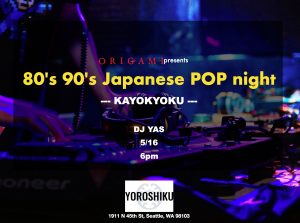